Registrations are open! Participant cap at 8,000.
Unique fee reserved to each of the 6,214 runners who started the 27th Venicemarathon, facing the strong wind, cold rain and high tide. The promotion is valid until December 31, for on-line registration only.

For all the others, the standard fee is 64 Euros till December 31, 2012.
Kisang and Bedada win in severe weather conditions
Even the bad weather didn’t stop the runners – with almost 6,000 competitors in total. What an extraordinary adventure for Alex Zanardi who arrived with Eric in 3 hours.

Even the rain, wind and high tide didn’t stop the 27th Venicemarathon won by Kenyan Philemon Kipchumba Kisang (2h17’00”) and the Ethiopian Emebt Etea Bedada (2h38’11”), the great enterprise of Alessandro Zanardi who finished the race in 3h11’28” and the determination of the 5,931 other competitors.

The men’s race was initially led at a slow pace due to the high headwind. After passing the half marathon mark in 1h08’19” the attack arrived at the 35th Km when Philemon Kipchumba Kisang lengthened his stride towards the finish line closing the race in 2h17’00” followed by Titus Kwemoi Masai (2h18’21”) and Elija Karanja (2h19’41”). A respectable fourth place went to Italian Domenico Ricatti (2h19’43”), who crossed the bridges in the last kilometers with ease.

The women’s race was a challenge between the Ethiopian runners. Emebt Etea Bedada ran side by side with Fantu Eticha Jimma up until the 30th Km, when she extended and won in 2h38’11”. Helima Hassen Beriso took the advantage of Fantu’s difficulty and finished second in 2h48’32 leaving the third place to Fantu Eticha Jimma (2h50’48”). Fourth place went to the Italian Monica Carlin in 2h54’13”.

The wheelchair race was won by Robert Kauffmann in 1h47’06”, ahead of Cristiano Picco (1h54’28”) and Gianni Garbin (1h56”08”). Alessandro Zanardi showed readiness and helped Eric Fontanari to finish the marathon.

The numbers are clear: this morning 6,214 crossed the start line and 5,931 finished the race. Just 283 withdrew from the race. The weather forecast scared 1,155 runners who did not pick up their bib numbers or left their transponders at the desk and only 631 runners postponed their registration from 2012 to 2013 due to different reasons.

The words of the protagonists

Philemon Kipchumba Kisang: “Despite the severe weather conditions it has been a nice race. It is always a great emotion to win in a town like Venice and its international marathon”.

Titus Kwemoi Masai: “Yesterday I announced that I would have run around 2h07’, unfortunately the bad weather conditions changed my goal. I will try again next year”.

Elija Karanja: “It has been a hard race, especially when arriving along the Ponte della Libertà with the rain and the high wind, thanks to the warmth of the spectators I was able to win”.
27th Venicemarathon: winners Kisang and Bedada
Venice, October 28th. The Kenian Philemon Kipchumba Kisang and the Etiopian Emebt Etea Bedada came out glorious from a windy and rainy 27th Venice Marathon.

During the handbike race the victory went to Robert Kauffmann (GS Disabili Alto Adige) with the time of 1h47’06”, before Cristiano Picco (1h54’28”) and Gianni Garbin (1h56”08”).
27th Venicemarathon: 8,000 marathoners will invade Venice next October 28
Next Sunday the Venicemarathon will be the great appointment for many from Stra to Riva Sette Martiri in Venice. The participant cap of 8,000 was reached. The race will be broadcasted on La7. Alex Zanardi will run again to support his Bimbingamba new project. In the International field Tadese Tolesa Aredo- winner of 2011 edition - will be back in the marathon. Among women Eticha and Bedada are the favorites.

Venicemarathon was introduced yesterday to the press inside the charming rooms of the Venice Casinò.

This edition will remain in the history of the marathon for its numbers. The participants are 8,000; 12,000 the number of the participants at the Family Runs: the two non competitive races in Mestre and Dolo which will take place on Saturday morning; almost 50,000 Euros of funds raised at the 2011 edition offered to the three charity projects supported by the marathon (Run For Water – Run for Life, Bimbingamba and Run To End Polio), and a record has been registered on the economic effects, in fact the marathon of last year produced  economic impacts for 7,448,476 Euros on the host economies.

The race course has not been changed and this year runners will pass again through St. Mark’s Sq. but this is just one of the highlights of the race course as it is all very picturesque starting from the Brenta Riviera to reach Riva Sette Martiri with the spectacular and unique bridge which leads athletes through the Grand Canal from Punta della Salute to Giardini Reali of St. Mark. In case of high tide in St. Mark’s Sq. the alternative race course has already been measured and certified by IAAF.

Alessandro Zanardi will be once again a Testiomonial in Venice. After the venture of last year in which Alex carried along the 42 km his friend Francesco Canali affected by ALS, he will this year run together with Eric and Sara, two young children who are representants of the new project: Bimbingamba Sport – Life sparkles.
Just few days left and Venicemarathon will be ready to open its doors

Over 12,000 students are expected to take part in the Family Run of Mestre and Dolo. Special Testimonial Stefano Baldini, Bebe Vio, Giusy Versace and Martina Caironi.

The large exhibition – Exposport – is going to be the centre of all activities planned during the marathon weekend: an area of 12,000 sqm and over 100 exhibitors

More than 1,000 students of the primary schools will visit the Coni Open Sport

Convention: Economic and promotional effects that sporting events have on host cities and their surroundings Case reports: “Monza Formula One Grand Prix and Venicemarathon”

A boom in registrations has been registered at the Venicemarathon of next 28th October. Almost 50,000 Euros of funds were raised in 2011 to help the charity projects.

The countdown to the 27th edition has started but Venicemarathon can already record a boom in registrations: 8,000 runners will be at the start line, 1,000 more than in last edition. Thanks to the new logistic settings in the start area and in the finish one the organizers could increase the participant cap granting the maximum quality in offered services.

“In the 2011 edition we tried new logistic solutions both at the start and at the finish areas which had good results and after the marathon we announced that we could have reached 7,500 registrations. During the winter and due to the increasing requests of bib numbers we have decided to give the chance to 8,000 runners to take part in the marathon” - these are the words of the President Piero Rosa Salva.

The collection of funds had once again good results. In fact during the 2011 Venicemarathon and its collaterals a big amount of funds, almost 50,000 Euros, was raised and it was given to support the three charity projects: Run For Water-Run For Life, Bimbingamba and Run to End Polio.

Africa Mission Cooperazione e Sviluppo will be able to dig other two drinking water wells and renew other two wells in the Karamoja area in Uganda. Therefore since 2006 Venicemarathon with its collaterals and thanks to all marathoners was able to support the efforts of the project “Run for Water, Run for Life” to dig 13 water wells and renew other 3 already existing wells.
The Niccolò Campo Association, together with Alessandro Zanardi, supports the project “Bimbingamba”. Thanks to Venicemarathon it was able to supply with prosthesis Stacey Jebet Sang (Kenya, born in 1999), Kante Sidiki (Guinea, born in 2004) and Doumbouya Massaba (Guinea, born in 1998).
The Rotary Club Venezia Riviera del Brenta is very satisfied about the results too. In fact thanks to the project “Run to End Polio” and the funds raised the Foundation Rotary will fight to eradicate the polio in the world.

“We are very proud of the results got with the funds raised at the 2011 Venicemarathon. Solidarity has always been part of our history, we started almost 20 years ago with Unicef and went on supporting several projects, as we do think that Sport and Solidarity is an essential couple” - with these words the President Piero Rosa Salva closed his speech.

The organizing committee is getting closer therefore to the closure of the registrations, that in the past years happened in May. Time of the year in which runners close their spring performances and start to think about the autumn races.

This year too it will be possible to run to support good purposes by choosing the special bib numbers connected to the Venicemarathon charity projects: i.e. Run for Water – Run for life, Bimbingamba and Run to End Polio. 1,000 special bib numbers are purchasable online and have been at runners’ disposal since last January. Runners can otherwise support the projects with free donations to be done when registering.

Besides the 2nd Moonlight Half Marathon is getting closer. Only three weeks to go to the half marathon organized by Venicemarathon Club, which will be run on Saturday 12th May under the moonlight from Cavallino Treporti to Jesolo.
Venicemarathon at the Exhibition of the Accessible Tourism
Venicemarathon always tries to do its best when talking about accessible sport and tourism. In fact last weekend Venicemarathon was at the Gitando.all, the first one of the Italian exhibitions concerning sport and tourism for all. This fair took place in Vicenza from March 22 to 25.

In the wide and elegant booth of the Veneto Region the organizing committees of Venicemarathon, Treviso Marathon and Maratona di Sant’Antonio (the Marathon of Padua) showed their efforts in offering activities, events and services aimed at accessible sport and tourism.

For many years Venicemarathon has established a collaboration with the Venice City Council to erase architectural barriers giving birth to the project “Accessible Venice – The barriers are beaten by running”. This project covers with special ramps made of wood thirteen bridges of the town from the area of the Zattere to reach Riva dei Sette Martiri. These ramps allow an easy way through the bridges not only to athletes of the marathon but also to people with disabilities, people with strollers, tourists with trolleys etc. from October to Carnival time. The beautiful piece of news of short time ago is that these ramps remain on three bridges (Longo, della Calcina and Incurabili) till the end of May to allow a disabled child to reach school on foot with his legs in complete autonomy. This is possible just thanks to these ramps.

Accessibility for Venicemarathon means therefore organize accessible races and give accessibility to a town which is not so accessible. Venicemarathon is always asking important testimonials such as Oscar Pistorius and Alex Zanardi to be protagonists of our races to show that sport is for all and it is accessible. Also Family Run, the short fun race, counts every year the participation of tens of disabled children and this is possible thanks to the efforts of Bebe Vio, the young champion of the Paralympics Fencing.

In the photo: at the 2011 Venicemarathon Alex Zanardi is pulling his friend Francesco Canali, affected by ALS. 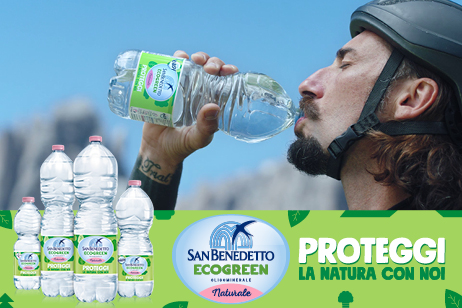 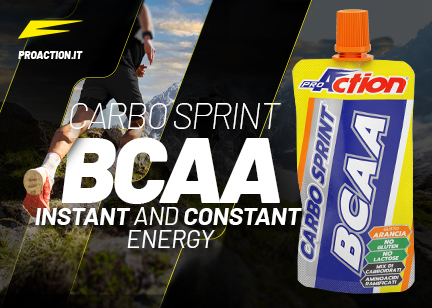 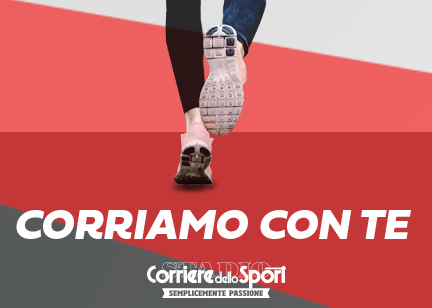 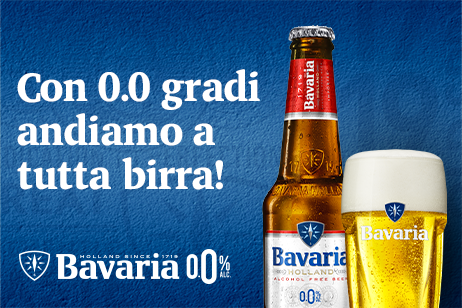 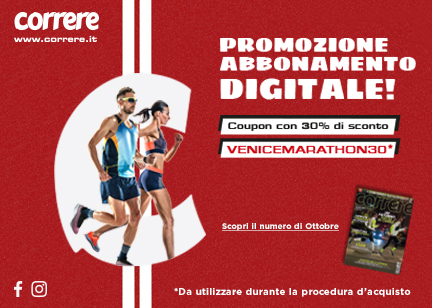 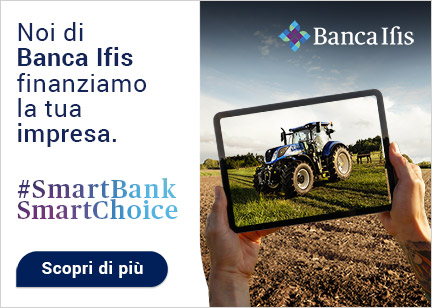 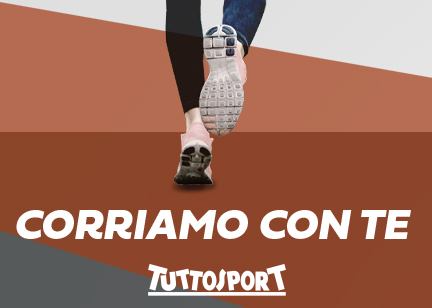 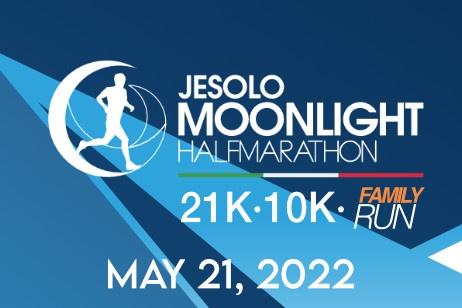 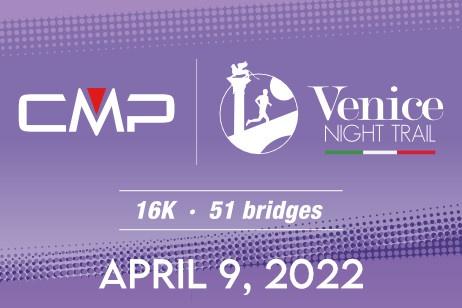 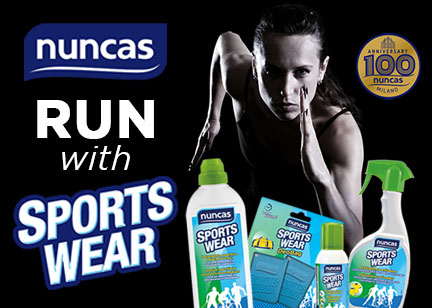 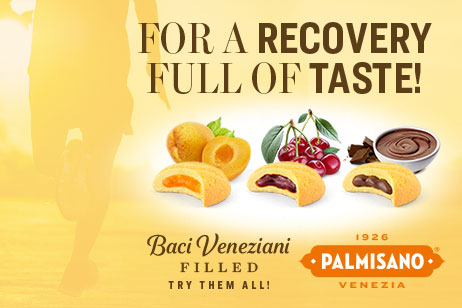 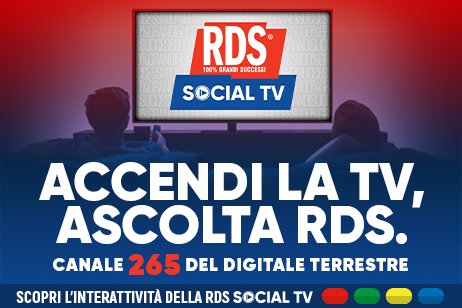 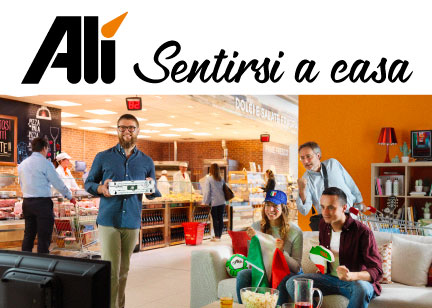 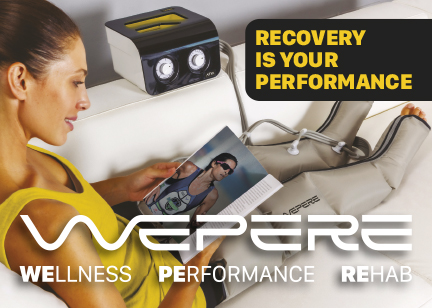 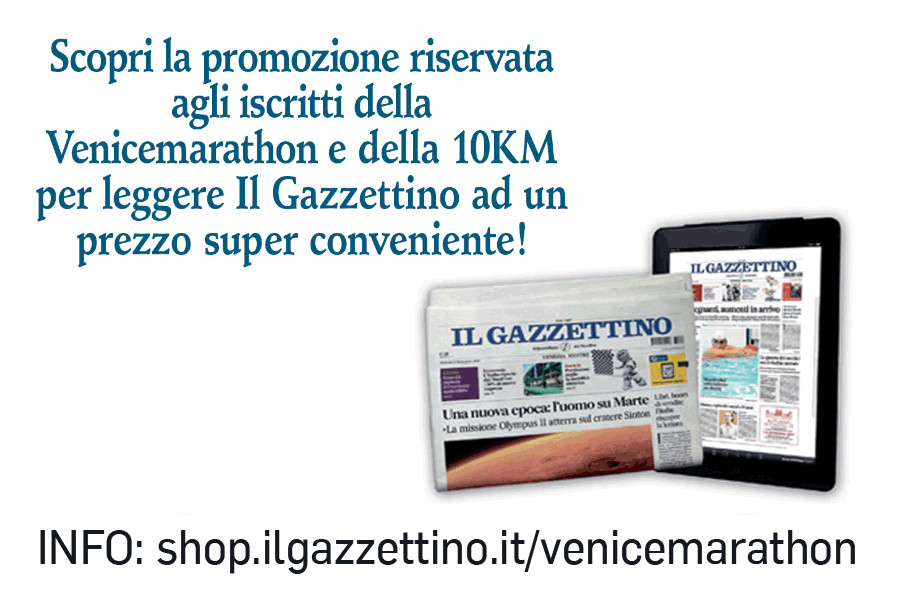 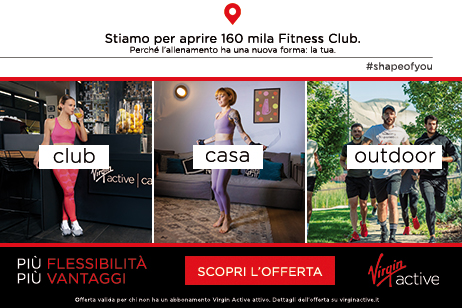