A Venicemarathon that goes down in history

For the first time the Venicemarathon race course went through St. Mark’s Sq. and this happened right last Sunday – October 23. The course was new and new is the race record set by the Kenian Helena Kirop, who won the women race in 2h23’37” breaking the previous record of 2h27’02” hold by Lenah Cheruiyot (KEN). Besides Helena Kirop hasn’t just broken the course record but has set her personal best time on the distance. Behind her Makda Haji, 2010 Venicemarathon winner, stopped the chronometer at 2h27’31”.

The men race was decided right in St. Mark’s Sq. where athletes passed through for the first time and right this new passage decided the winner. Athletes were quite fast, the half marathon check point registered a time of 1h04’17” but the fight began at the 30th km and the St. Mark’s Sq. saw the Ethiopians Tolesa Tadese Aredo and Simon Kumun fighting to decide who was going to win. In fact from here on Aredo changed pace and rhythm and left Mukun behind him and finished the race in 2h09’13”. Second place went to Simon Mukun who stopped the clock at 2h09’18” and third place to the Ethiopian Debebe Wolde 2h09’56”. Good was also the performance of the Italian Danilo Goffi who finished 7th in 2h14’41”.

The total finishers of the 26th Venicemarathon are 5,868 marathoners (out of which 967 are women). The very last athlete finished the race in 6h21’59”. The race was a great success thank you to the great number of spectators along the race course and to the beautiful sun shining for the participants.

Venice is a town unique in the world and for this uniqueness it has its peculiarities, the oddest one is the high astronomical tide that every year the Organizing Committee has to deal with but the forecasts for this October 23 are pretty good. Finally the expected lap in St. Mark’s Sq. should be granted to the over 7,000 runners that next October 23 will take part to the 26th edition of the Venicemarathon.

The race organizers, that were obliged last year to prepare in less than 2 hours the alternative course (measured and certified in advance), would really like to give marathoners this extraordinary lap in St. Mark’s Sq. and this year they are very confident. Thanks to the City Council, which has authorized the passage, the dream of the Venicemarathon may come through.

The first part of the race course stays the same. From Villa Pisani in Stra the athletes will run along the Brenta Riviera, to enter Mestre where they will cross Piazza Ferretto, the heart of the town. The race course leads the runners into San Giuliano Park and soon after to the 4 km long Liberty Bridge which links Mestre to the island. Here the picturesque sights of the town start, the marathoners run close to the Giudecca Canal to reach Punta della Dogana, they cross the bridge of boats on the Grand Canal built right for the race, they run through St. Mark’s Sq. and after the lap in the square they go back towards the Palazzo Ducale and along the embankments athletes reach Riva Sette Martiri.

The thirteen bridges that runners have to face along the Venetian race course to get to the finish line will have installed special wooden ramps on them to help athletes to run through and at the same time they will make Venice more accessible for people with wheelchairs. This project carried out in collaboration with the City Council and the Port of Venice will grant accessibility to the most important places not only for the marathon time but till Carnival time.

The Venetian course will be safer this year as a life raft will be used as water-ambulance and 4 water motorbikes will be in connection via radio with the canine units spread along the course and ready to act in case of need. The S.I.C.S. - the Italian School of Water Rescue Dogs is the largest National organization dedicated to the training of dogs and their handlers for water rescue. It was founded in Milan in 1988 and the Venice section is the reference for Veneto and Emilia Romagna. Since three years ago they have been in service in Caorle and Porto Santa Margherita and they rescued 6 peoples.

A marathon which is a champion of solidarity

Last 12th July the social results were presented: the Venicemarathon has given the chance to have drinking water to almost 13,000 people in Uganda and has given as a present prosthesis to 9 children who have become Zanardiâ€™s friends. This year runners can run to support the campaign â€œRun To End Polioâ€,  while protagonists at the Family Run on the Saturday morning, the day before the Venicemarathon, will be Bebe Vio and his Association Art4sport.


The Venicemarathon, which takes place next 23rd October, has already closed the entries as the participant cap was reached (7,000). Once again Venicemarathon shows its important aim to support social purposes: very enthusiastic are the results of the social initiatives connected to the race that Venicemarathon presented few days ago at the first press conference at Russott Hotel in Mestre. In fact since 2006 the worthwhile collaboration  between Venicemarathon and Africa Mission has given the chance to almost 13,000 people to have drinking water. 11 are the drinking water wells and 3 are the wells which have been reactivated thanks to the project â€œRun for Water, Run for Lifeâ€ and to the diversified fund raising. One of the wells dug this year is in remembrance of  a friend of Venicemarathon, Franco Casamatti, who died on 27th July 2010.

Who ran with the special bibâ€“numbers in the last two years to support the project â€œBimbingambaâ€ of Alessandro Zanardi and of the NiccolðžŸƒampo Association can  be proud of having allowed the creation of prosthesis and the complete assistance to 9 children of Chad, Kosovo, Morocco, Moldavia and Romania. In this way these children have begun to walk again and to have a normal life each day. In 2011 1,000 of the 7,000 bib-numbers have been devoted to these two projects and have already been sold.

â€œThe results achieved with the projects supporting these social missions are for Venicemarathon staff not a minor aspect but a fundamental one and year after year they reinforce our enthusiasm and in which we believeâ€ these are the words of the Venicemarathon President â€“ Piero Rosa Salva.

For the first time this year runners can run to support the campaign â€œRun To End Polioâ€,  supported by Rotary International while protagonists at the Family Run on Saturday morning, the day before the Venicemarathon, will be Bebe Vio and his Association Art4sport.

At the 26th Venicemarathon there will be a special participation to show that the diabetes is not a problem if you want to practice sports activity. Nine athletes, with and without diabetes, will take part in the race to support the Campaign Happy Reward of the Diabetes promoted by IDF and Diabetes Italian Association, approved by the Health Minister and made possible thanks to the contribution of Sanofi.

Another important goal for Venicemarathon is the project named Accessible Venice. Also this year the bridges of Venice will be accessible and open to everyone thanks to the synergy between Venicemarathon and the Office for Eliminating Architectural Barriers of the Venice City Council. This will give the possibility to people with disabilities to cross these 13 bridges which are included in the race course. Special ramps will erase therefore the steps for over six months.

The 26th Venicemarathon has almost reached the participant cap. Last night the 6,000 regular bib numbers have been sold out and the organizing committee have decided to close all possible ways to register directly except for the Tour Operators working in different countries.

About 900 special bib numbers are still available and they are available to support three social projects and they can be purchased only online. The runners who will be able to get one of those numbers can choose among running to support the digging of new water wells in Uganda with the project Run for Water, Run for Life; running to support the building of prosthesis for children with the project Bimbingamba or running to subsidize the immunization campaign of polio in the underdeveloped countries supported by Rotary International thanks to the Project Run to End Polio. On the website www.venicemarathon.it all detailed information on each project can be found and a special counter will update the bib-number at runners’ disposal.

The Moonlight Half Marathon, at its very first edition on 21st May, is registering a great success. Less than one month before the race it can count over 2,000 participants. In fact only 1,000 bib numbers are still available to take part in the new night half marathon organized by Venicemarathon and in collaboration with the Jesolo City Council and the City Council of Cavallino Treporti. The deadline to apply for entering the half marathon is 18th May. For further information on registration fee, how to register and deadline visit www.moonlighthalfmarathon.it. 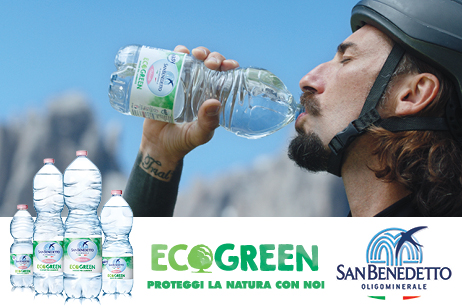 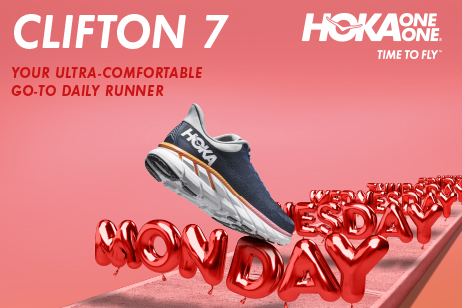 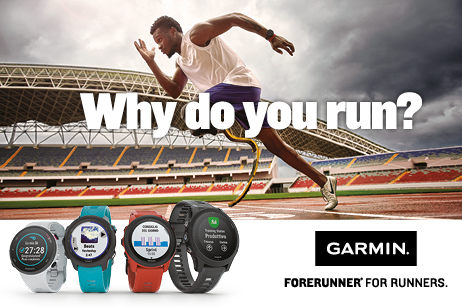 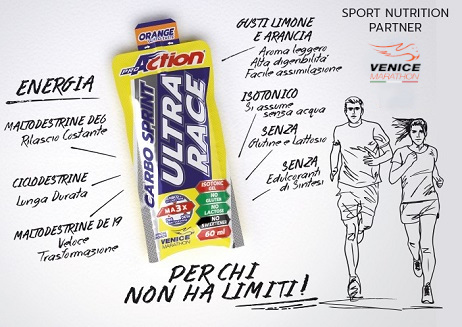 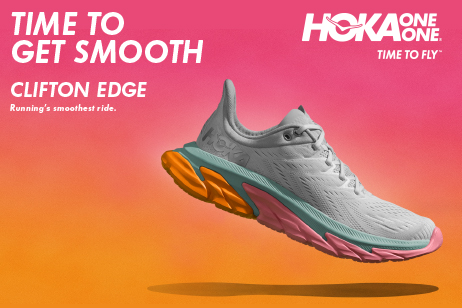 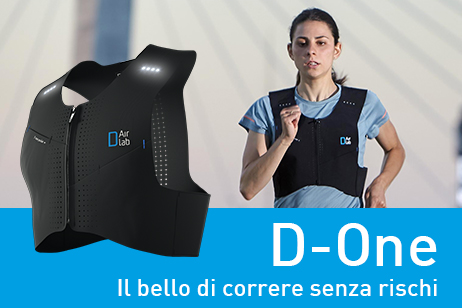